Home • Press Room • How to Play Poker for Beginners

How to Play Poker for Beginners 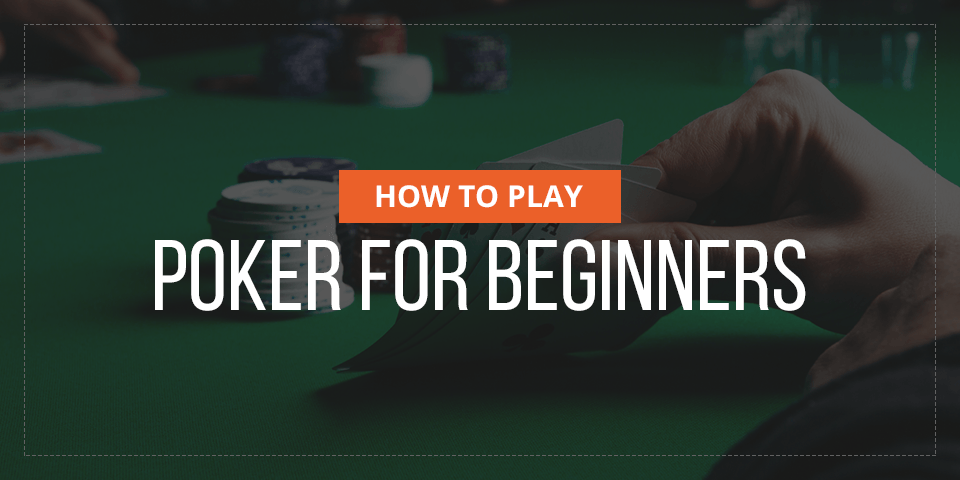 Poker is a game of skill, albeit with some luck thrown in. While you can’t control what cards you get, you can control how you play your hand. Whether you’re looking to play a game with your friends or take your game to a casino, you should understand the basics of poker, so you can make informed decisions while playing.

Poker is a card game that includes several variations. Some of these variations include Omaha, 7-Card Stud, 5-Card Draw and High/Low Chicago. The most popular form of poker, however, is Texas Hold ‘Em and should probably be the game that any poker beginner starts with.

No matter what type of poker you’re playing, the hand rankings stay consistent. A poker hand refers to the cards that you’re dealt and the cards on the table. Not knowing the value of a hand is a major blind spot for many poker beginners. If you don’t know how strong or weak your hand is, you’ll likely make poor betting decisions.

The first step to playing with intelligence is to know the value of your cards and how they stack up versus other possible hands. Below, you’ll find every possible hand, ranked from lowest in value to highest:

It’s important also to realize that the higher the cards rank, the less likely it is to receive the hand. During any poker game, there’s a higher probability that you’ll see more one pairs than you do royal flushes, for example. With this in mind, you’ll be able to better predict how probable it is for other players to have a higher value hand than yours.

Any beginner poker player’s guide needs to include the main terminology common to poker games. Ensure that you have a clear understanding of the following terms before you sit down at a table:

When you first start playing poker, there are a few main tips you should follow:

The best way you can improve at poker is to play it. Located in Lemoore, California, the Tachi Palace Casino Resort offers multiple poker tables where you can play the game in a fun, laid-back environment. On top of the poker games, you can stay in our luxury hotel and take advantage of the spa and many restaurants located on the casino grounds.

Reserve a room at our hotel today to start planning a trip full of poker playing, live shows and relaxation.

Safety continues to be priority one to you our guest and our associates.

We have expanded our third floor to give MORE social distance space and we have added a new Guest Service desk to our third floor for less congestion for your Premiere Club needs.

Click here to review what to expect when you visit Tachi Palace.