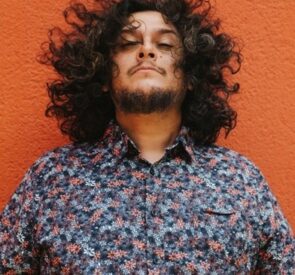 Tickets for Esparza are on sale now and can be purchased on-site at the Resort Cash Cage, Coyote Entertainment Center, Yokut Gas Station, online here or over the phone at 1-800-514-3849. Ticket prices range from $40 to $80. Premier Club Members will enjoy $5 off each ticket purchased when they show their rewards card for on-site purchases only.

Felipe Esparza got his start in comedy because someone asked him to list 5 goals in life. As a young Mexican immigrant growing up in the projects in Boyle Heights (East L.A.) and then as a teenage father with a drug and alcohol problem, it was a difficult task because he had never thought that far ahead. Up until that question, Felipe was under the impression that life was over at 18. Among the items on his list of goals were “to be happy” and “to be a stand-up comedian” because of how he connected with an old Bill Cosby album when he was younger.

From being raised in the projects in the most gang-infested neighborhood in the country to winning NBC’s “Last Comic Standing,” to selling out live comedy shows all over the country and being able to act in TV shows and movies, Felipe’s life has been anything but boring. During his early years as a comedian, Felipe was part of the successful stand-up comedy TV show, “Que Locos” on Galavisión (the only English-speaking show on Spanish television). That show and the resulting tour helped launch the careers of several other Latino comedians such as George Lopez, Gabriel Iglesias, and Willie Barcena.

After 16 years of struggling, Felipe’s big break came in the form of winning NBC’s “Last Comic Standing”. This “overnight success” started opening doors to more live performances and bigger audiences. Felipe went on to produce his first hour-long stand-up comedy special in 2012, “They’re Not Gonna Laugh at You,” with his wife and producing partner, Lesa O’Daniel-Esparza. He has also made several TV appearances, including recurring roles on “Gentefied,” “The Eric Andre Show,” and NBC’s “Superstore.” His most recent stand-up special was released in September 2020 on Netflix as a dual release of two separate specials – a performance in English (“Bad Decisions”) and a performance in Spanish (“Malas Decisiones”). In addition to his live stand-up touring, Felipe also hosts a popular weekly podcast on the All Things Comedy Network called “What’s Up Fool?” that focuses on interesting stories from a variety of guests.